Commander is Getting its Own Booster!

So I’m staring at an image of a booster box not totally believing my eyes, wondering if there’s been a mistake in the printing, because it just doesn’t seem to make sense (let’s face it, it is 2020, this could all just be a weird dream) and yet here it is, a booster box with the word ‘Commander’ on the side. 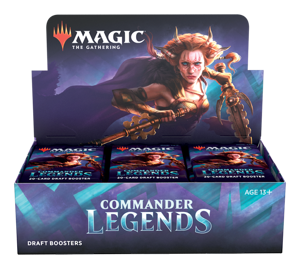 From the day I initially picked up a Zedruu Commander deck and played my first multiplayer game of Magic, genuinely not caring whether I would win or lose, simply enjoying the insane interactions happening around the table and battling against many many squirrel tokens in the process, I naively asked the group which boosters I should get to enhance my Commander collection. The response was almost like that scene from ‘Meet the Parents’ where the main character mentions having once milked a cat. After the collective open-mouthed short pause, I received a response of, ‘They don’t make boosters for Commander.’ And that was that. My Zedruu deck grew in strength through trading and buying single cards and the closest I got to opening a booster for Commander was a few years later in a draft of Conspiracy, where I had a lot of fun, but got nothing of any real substance to use in Commander.

And so, here we are staring at this booster box with the words ‘Commander Legends’ on the side, wondering what goodies we’re likely to see in this long-awaited booster pack and how beautifully a set with cards that span from anywhere in the multiverse will draft, considering Wizards of the Coast can basically pick anything they like to go into it, from anywhere and any time.

It seems like Wizards have read the collective minds of those of us who have spent several years cube drafting EDH as they have increased the booster pack size to 20 in order to incorporate two dedicated legend slots, and because drafting Commander can take a really long time, you draft two cards at a time from each booster. There’s a foil in every pack too and the set is larger than a normal booster set, so as to avoid the ability to draft too many of the same card (the singleton rule doesn’t apply for Commander drafting).

The partner mechanic has been brought back having debuted in the 2016 Commander set to allow you to have two commanders, as long as they both have partner, with some interesting combinations to be had. 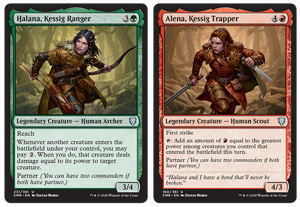 If drafting isn’t your thing, there are also decks to be had and for the collectors among you, you’ll be pleased to hear that Collector Boosters are available for this set too. 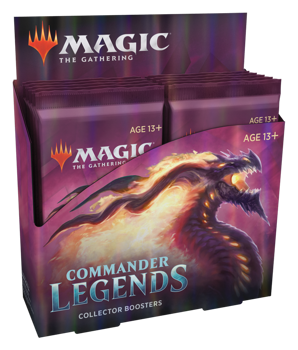 This set is going to be so much fun and I truly can’t wait! Commander Legends releases on 30th October 2020.

Hidden Fates Elite Trainer is Back!

Delivered on time and in good…

Delivered on time and in good condition. Bought for a friend she loved it.

Order arrived on time and in good…

Order arrived on time and in good condition. had a good range of products for good prices